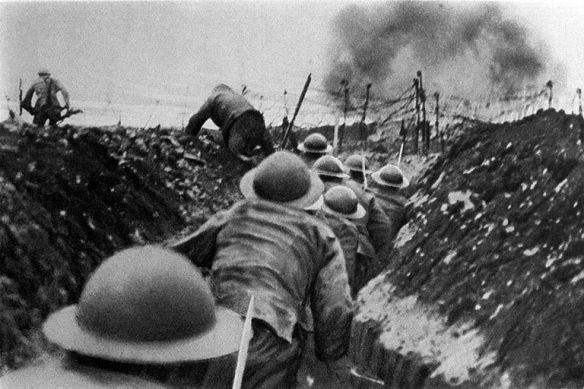 I can’t even begin to tell you how much stuff is happening around here. And then when I look at the calendar of events in which we as a congregation are active in our extended community with the chance to make a difference—multiple conferences, leadership meetings, legislative endeavors, you name it—the list pretty much doubles.

It’s exhilarating sometimes—and also very hopeful. But it’s also quite exhausting. The human geist that would take a deliberate step beyond thoughts and words into a field of deliberate action must demand of the body a certain diligence—a measure of understanding, resilience, and as the calendar is proving, stamina.

But there’s something else required.

In other words, before you jump into the trench and load the chamber of your weapon for these engagements, you must know why you’re there and what’s at stake. An unwavering commitment to going the distance to serve a cause born from your heart is essential. So many in history have pointed to the futility of a soldiery that fights without concern for or investment in an effort. In such circumstances, a committed soldier is worth a thousand uncommitted ones. It was John Keegan, the renowned military historian, who said, “Soldiers, when committed to a task, can’t compromise. It’s unrelenting devotion to the standards of duty and courage, absolute loyalty to others, not letting the task go until it’s been done.”

I said before that while the calendar seems to be an endless campaign of engagement, it’s all very hopeful. This is true because the Lord never fails to introduce me to people who exhibit the resolve I described. What’s even more impressive is that so many are entirely dismissive of being an all-star in the match. They’re not here for the Heisman Trophy. They’ve learned and practiced the fundamentals, and now they’re here to play the game and to play the game hard. They are seeing their loves—unborn children, Religious Liberty, Natural Law, Constitutional rights, you name it—all under assault from a formidable and equally committed enemy. They’ve suited up to take the field and to push the opposition back.

Again, they do this because they want to protect their loves, and they want to make sure that when the enemy approaches to attack, there will be no question as to their verve. As Homer said, they’re wise to resolve and patient to perform. The only giving up is in death, and in the meantime, the enemy will endure an unforgettable war—and perhaps even regret waging it.

I suppose in a more precise sense, I pray this same resolve for Christians when it comes to their concern for the Church, for faithfulness in worship and study, for the snatching away of the Christian faith from our children by the culture, for the unnerving dissolution of marriages and the fracturing of families, for the objective truth of God’s holy Word. I pray with the deepest concern that before we venture out to fight the hordes seeking to steal away our right to this or that, we’ll have already committed to the causes that feed the very reasons we’d be committed to these other efforts.

I mean, every life is valuable, and yet for argument’s sake—and from the Christian perspective—what good is there in being pro-life if you see very little value in taking your own children to church, being sure to introduce them to the One who can give them eternal life? What good is standing against the wealth-stealing pestilence of big government socialism when you can’t rightly govern your tithes and offerings to the Lord with the current freedom you possess? Or what good is there in fighting for traditional marriage when you yourself are living with your boyfriend or girlfriend outside of the holy estate’s boundaries?

Sort of disingenuous, don’t you think?

As Christians, let these kinds of things matter to you, especially before joining the regiments gearing up to defend the freedoms we hold dear as Americans. I guarantee you’ll have a better perspective on your loves while having a better grasp on the value of the freedoms in place to keep them secure.